The Stories You Haven't Heard: Modern Day Slavery in America and Abroad

Swanee Hunt is President of Hunt Alternatives, which for more than three decades has advanced innovative and systemic approaches to social change at local, national, and global levels. Her work related to combating the demand for illegal purchased sex (including trafficking) and promoting the full inclusion of women leaders in international security processes spans more than sixty countries.

For two decades, Swanee has fought sex trafficking. Most recently through its Demand Abolition program, the foundation is using a local and national approach focused on abolishing sexual exploitation in the United States by eradicating the demand for illegal purchased sex (i.e. stopping buyers, or “johns”). By convening survivors of the sex trade, conducting and disseminating research, training and consulting with criminal justice professionals, educating policymakers, and spurring action by the general public, the program is catalyzing a social movement that insists on the dignity of all people. Her vision is of a shift in the U.S. that will have a global effect—progressing to a culture that no longer tolerates the buying of human beings for sex.

From 1993 to 1997, Swanee served as President Clinton’s ambassador to Austria, where she hosted negotiations and international symposia focused on the warring Balkan states, which had descended into a blood bath. Ambassador Hunt is the Eleanor Roosevelt Lecturer in Public Policy, founder of the Women and Public Policy Program, and senior advisor at the Carr Center for Human Rights, all at Harvard’s Kennedy School of Government. She holds two masters degrees, a doctorate in theology, and six honorary degrees.

Hunt is a widely published researcher, columnist, and guest commentator and has authored three books with Duke University Press. She is currently in the last throes of Rwandan Women Rising. She was married for 25 years to international conductor Charles Ansbacher. Her world includes their three children, and a menagerie of cat, parrot, horses, bison, and grandchildren.

Ruchira Gupta, is an Indian sex trafficking abolitionist, journalist and activist. She has worked for over 25 years to end sex trafficking and has been honored for her work by nations, governmental leaders, and organizations on a global scale.

Withelma “T” Ortiz Walker Pettigrew, is a Survivor Leader and nationally recognized policy consultant and trainer. She specializes in developing strategies to end domestic child sex trafficking, reform the child welfare, juvenile justice and mental health systems designed to protect children, and implementing policies and practices to ensure that all vulnerable children have an opportunity to thrive.

In 2011 she was listed as Glamour Magazine Woman of the Year.

She is currently pursuing her B.A. in Communications with a minor in Political Science at Notre Dame of Maryland University.

In 2014 “T” testified before the U.S. House of Representatives' Committee on the Judiciary hearing on Innocence for sale: Domestic Minor Sex Trafficking and in 2015 she presented at TEDX Amherst. She is a keynote speaker at various conferences. 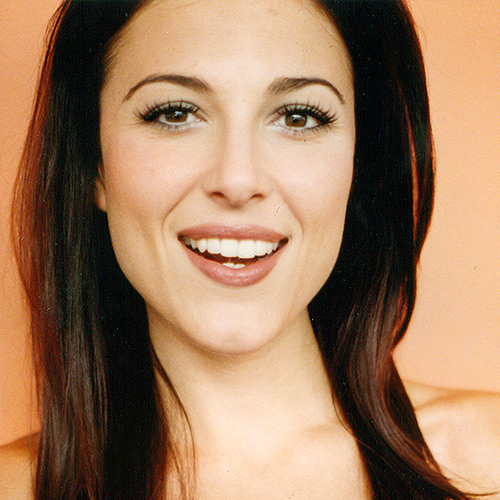 From the playing fields of the sports world to the red carpets of Hollywood, THEA ANDREWS has established herself as a veteran television journalist whose diverse experience ranges from co-hosting a live daily morning show for ESPN and reporting for ABC Sports to covering the world of entertainment as a correspondent for Entertainment Tonight. Formerly the co-anchor of the internationally syndicated program The INSIDER, Andrews has interviewed Hollywood’s biggest stars ranging from George Clooney to Gwenyth Paltrow to Robert Downey Jr.

Read more
« Back to Events