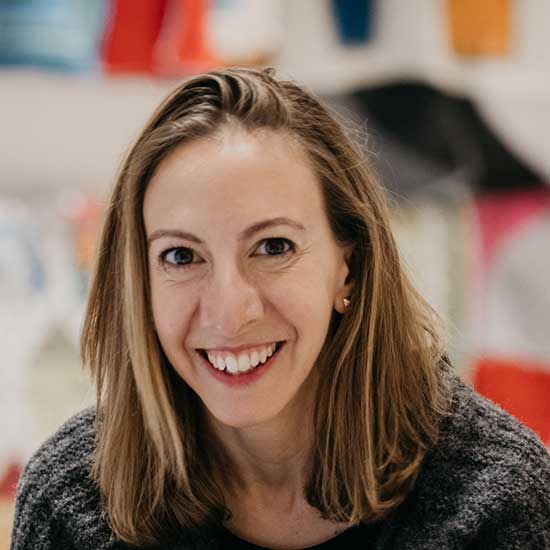 Jayna Zweiman is a multidisciplinary artist and designer. Her independent practice combines architecture, art, craft and new media to focus on experiences that overlap physical, virtual and conceptual spaces.

Perhaps best known as the co-creator/co-founder of The Pussyhat Project, an international network and movement of women’s rights supporters, Zweiman has become a leading advocate of using design innovation to enact social change. The Pussyhat Project became a worldwide phenomenon at the 2017 Women’s Marches with one of the largest crowd-sourced art advocacy projects ever. She is also the creator and founder of Welcome Blanket, a reconceptualization of the 2000-mile length of the proposed border wall as 2000-mile length of yarn to make individual welcome blankets for new immigrants coming to the United States.

Zweiman’s work has been exhibited and published internationally. In 2017, her work has been nominated for the Beazley Design of the Year by the Design Museum in London, acquired by the Victoria & Albert Museum, and awarded the first ever Brand of the Year by the School of Visual Arts. Zweiman was awarded in 2017 as one of “The 25 People Who Defined Visual Culture” by Artsy.

Zweiman received her AB from Brown University in visual arts and economics and her Masters in Architecture from Harvard University Graduate School of Design. She lives and works in Los Angeles.