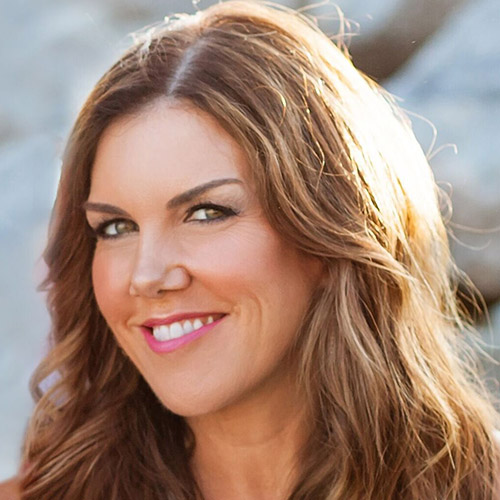 Jeanine Kay is an experienced entertainment industry executive, accomplished entrepreneur, impassioned philanthropist and mother. She is currently Executive Producer of “The Election Effect”, a Series of Documentary Shorts on the impact of the 2016 Presidential Election told from the perspective of young people, as well as a Non-Scripted Docu-Series in development for Viacom’s cable network CMT. She recently launched Just OK Production with business partner Brooke O’Neill whose vision is to produce content for networks and brands alike while simultaneously affording women opportunity and mentorship towards finding success in contemporary Hollywood.

Kay is mother to her son, Dylan, whose birth in 2007 inspired her to create “Zip Zip Zippy”, an animated children’s series focused on health and fitness, the show was picked up by the company responsible for “Bob the Builder” and “Barney”. Building on her belief in health and lifestyle, Kay co-founded and launched OMG Blends in 2013 a company that produced nutrient-rich, meal replacement smoothies for home delivery and distribution in retail stores.

Jeanine currently serves on the Board of Governors of Shine Global; a non-profit media company that aims to end the exploitation and abuse of children through inspiring films that both raises awareness and promotes action. Shine Global’s films boast multiple Emmy, Golden Globe and an Academy Award amongst its accolades. This role allows Kay to combine her entrepreneurial spirit and passion for children with her strong media background to effectively educate, inspire, and empower viewers through the influential content that the company creates. Prior to the birth of her son, Kay held senior management positions at a number of leading television networks and radio stations, including Spike TV, MTV, and CBS Radio’s multi sales division, CBS Promotions Group.