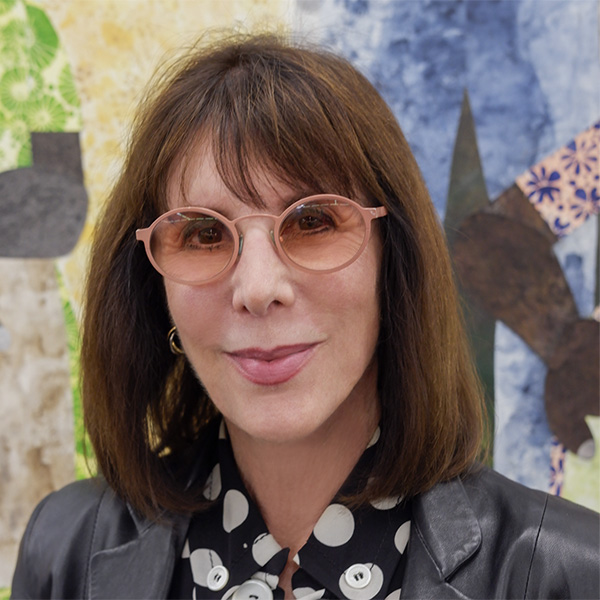 Laurie Raskin was born and raised in Los Angeles. She graduated from Beverly Hills High School. She received her BFA and MFA from California Institute of the Arts in Fine Arts.

Laurie is a working artist who has exhibited in museums, public Institutions and galleries internationally. She began her career as a graphic designer having created over 100 murals for stores as well as being one of 12 artists chosen to design the official signature poster for the 1984 Olympic Games in Los Angeles.

She worked for over 25 years as an interior designer concentrating on home renovations. In 2011, she returned to her first love of making personal artworks. “Working as a full time artist at this time in my life is a dream come true.” She is represented in galleries in Paris, Brussels, New Delhi, New Orleans, Los Angeles and La Jolla. Laurie’s original art works have also been licensed on products ranging from a designer carpet line in Belgium to a fashion line in the U.K.

Besides her full time practice as an artist, Laurie is committed to giving back to the community through the arts. She served for over 10 years on the Design For Sharing Board at UCLA and also donates to numerous arts organizations. Laurie has been married for over 32 years to Dr Rick Shuman. Together they have one son who is married and living in Paris and a has a stepson who lives in Los Angeles.

She is honored to join Visionary Women and looks forward to participating in helping others through the arts. She would like to mentor younger women through their own life’s journey. She also loves connecting people with similar interests.