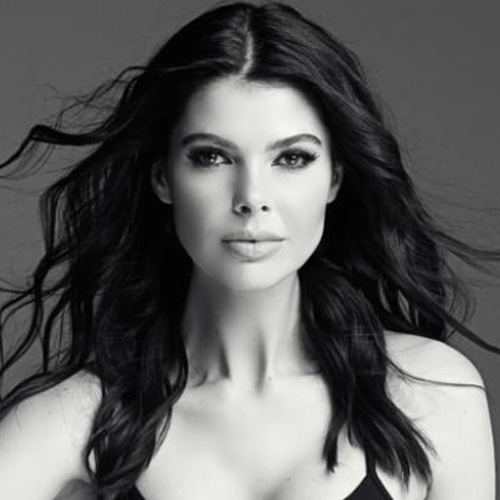 Top model, actress, film producer, and businesswoman Linda Collins is a tour de force when it comes to championing causes close to her heart. An ardent advocate and fundraiser for a multitude of charitable foundations, organizations and nonprofits, Linda is also the Founder and President of Models With a Cause, a 501(c)(3) nonprofit that strives to promote and alleviate social, environmental, and human rights issues by mobilizing funding, resources, and volunteers to assist and comfort those in need.

Linda studied physics and math at the University of Bucharest in her native Romania before launching an international career as a celebrated, high fashion model. A muse of the legendary photographer Douglas Kirkland, Linda has graced countless magazine covers, strutted the runways of Paris, Milan and Los Angeles Fashion Weeks, and starred in major editorial campaigns for Guess and the designer Sue Wong. Linda’s beauty made her a natural for the silver screen as she made her 2002 film debut in Callas Forever, followed by subsequent roles in Sinatra Club and I’m Not Famous but I am Aromanian. With her passion for filmmaking sparked, Linda turned to producing, developing documentaries that tell powerful stories about the powerless with her production partner, Jason Rem. The duo produced the 2011 documentary RETT: There is Hope, which spotlights Rett syndrome, the rare, neurological childhood disorder for which Linda is a tireless advocate. In 2015, Linda again teamed with Jason to produce Magda, the poignant and riveting story of a Polish-born breast cancer survivor recruited by her brother to spy for the Polish Underground Resistance Army during World War II.

Along with her husband, the beverage entrepreneur Lance Collins, Linda is a co-founder of CORE HydrationTM adding businesswoman to her impressive roster of accomplishments. But the couple’s greatest success is their three-year-old son, Henry Constantine, whom Linda strives to raise with the same curiosity and compassion that compel her humanitarian awareness and drive to give back. Linda has volunteered untold hours and raised millions of dollars on behalf of causes that have touched her. Serving as a board member for Visionary Women enables Linda to continue this important work steeped in the powerful support of sisterhood. “It truly is an honor to be part of Visionary Women, as it is my nature to roll up my sleeves and join with my sisters to DO something GOOD for the greater community, and for our future generations.”