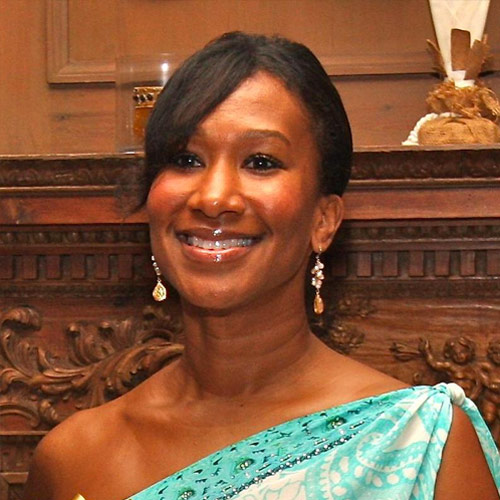 Ambassador Nicole Avant was nominated by President Barack Obama and unanimously confirmed by The U.S. Senate. On September 9, 2009, Nicole Avant was sworn in by Secretary of State, Hillary Clinton as 13th U.S. Ambassador to The Bahamas, becoming the youngest as well as the first African American woman to hold the position. Prior to her appointment she was Vice President of Interior Music Publishing from 1998M2008.

During her tenure, Ambassador Avant pursued five key initiatives: Economic & Small business development, Education, Women’s Empowerment, Alternative Energy, and raising awareness about the challenges facing people with disabilities. Ambassador Avant’s push to move beyond the scope of traditional diplomacy brought forth unique events and programs that allowed experts such as Geoffrey Canada of the Harlem Children’s Zone to advise Bahamian Educators; Earvin “Magic” Johnson’s participation with The Bahamian Chamber of Commerce & the Kennedy family lending their legacy to the now annual U.S. Embassy Nassau Eunice Kennedy Shriver DayM a sporting event for children with intellectual disabilities. In encouraging these key partnerships and so many others, Ambassador Avant was able to further cement and the U.S. & The Bahamas.

Ambassador Avant’s successes in The Bahamas garnered a State Department nomination for the Sue M. Cobb Award for Exemplary Diplomatic Service. At the 20th Annual Trumpet Awards in 2012, she was honored for her dedication to Public Diplomacy along with luminaries such as former Newark,!New Jersey Mayor, Cory Booker & Ted Turner. In May 2013 First Lady of The Bahamas, Bernadette Christie, presented the Ambassador with!The Nicole A. Avant Scholarship Fund, established at The College of The Bahamas in honor of her commitment to the cause of accessible education. In March 2014 she was honored by Girls Inc., an organization dedicated to the empowerment of girls.

In addition to her service abroad, Ambassador Avant has a legacy of philanthropy at home. She is an active board member for Best Buddies International and People For the American Way. She has also served on the board of The Bogart Pediatric Research Center and in 2007 was named the Next Generation Leader by the American Cancer Society. Ambassador Avant was previously an Academic Counselor at the Neighborhood Academic InitiativeM a daily mentorship program for high school students sponsored by the University of Southern California.