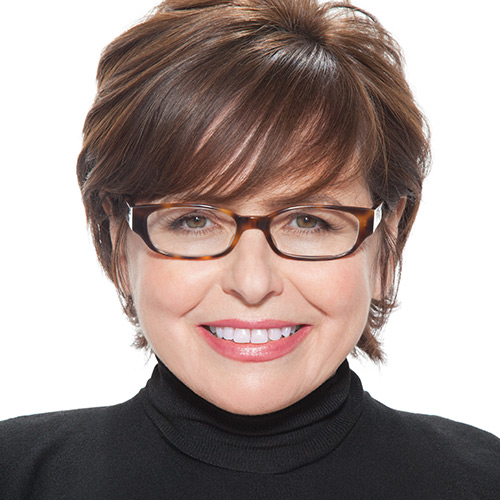 Known worldwide as the “First Lady of Nails,” OPI Co-Founder & Brand Ambassador Suzi Weiss-Fischmann initially made her mark on the beauty industry in 1989, when she created the first 30 OPI nail lacquers. Thanks to her keen eye for color, several of these shades still remain bestsellers in OPI’s classics collection, including OPI Red, Malaga Wine and Coney Island Cotton Candy.

Over the following 25 years, Suzi continued to set trends for the nail industry. She ignited the “dark nail” revolution with the deep purple Lincoln Park After Dark, was the first to add real diamond dust to nail lacquer, and mainstreamed nail art with Shatter by OPI.

Suzi has created thousands of iconic OPI shades, including You Don’t Know Jacques!, Russian Navy, Bubble Bath and Cajun Shrimp. I’m Not Really a Waitress, one of her best-known colors, has been heralded as the perfect shade of red by women across the globe. Allure inducted this lacquer into its Beauty Hall of Fame in 2011, after it won the Best Nail Polish award nine times.

Suzi’s work not only makes its way into each bottle of OPI nail lacquer, her name is featured on many of her creations. Every seasonal promotion includes a namesake shade as a nod to its renowned designer. Some of the most recent hues include Suzi Has a Swede Tooth (Nordic Collection), Where Did Suzi’s Man-go? (Brazil Collection), Keeping Suzi at Bay (San Francisco Collection) and Suzi’s Hungary Again! (Euro Centrale Collection).

As Brand Ambassador, Suzi serves as the voice of OPI, the world’s largest professional nail brand. Suzi is the go-to authority for beauty editors and fashion designers alike, regularly contributing to stories about nail care and color trends. She has been featured in numerous magazines such as W, More, Family Circle and Martha Stewart Living, and has appeared on top television programs including Today Show (NBC) and Nightline (ABC).

Born in Hungary, Suzi was attracted to the beauty world at an early age. She cultivated her instinct for color and style in the garment industry of New York City, where she also attained a degree from Hunter College. Suzi’s passion for fashion translates into year after year of on-trend nail lacquer shades, worn by celebrities and consumers alike to accessorize the season’s hottest looks.

“This is the era for nails. Gone are the days of wearing dark colors in winter, bright shades in summer, and neutral hues for work. Now, color, shape and texture of all varieties are being embraced. Nothing is taboo when it comes to nails!” exclaims Suzi.

Suzi lives in Los Angeles with her husband and two children.