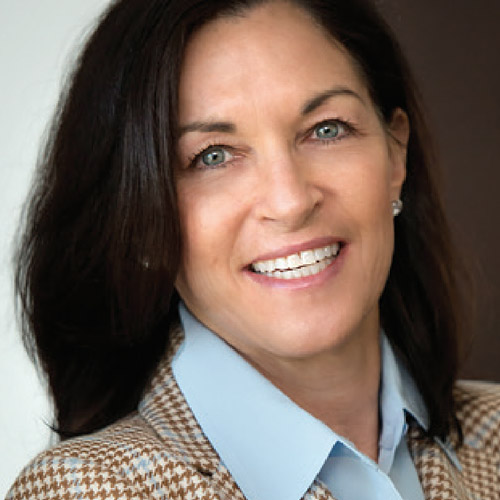 Tracey Gluck is a Managing Director and Financial Advisor with J.P. Morgan Securities, the wealth management division of J.P. Morgan, and founded The Gluck Group. She is also a Portfolio Manager in the firm’s exclusive Portfolio Manager Program (PM Program), a select group of advisors who have passed a screening process and are reviewed regularly on both a quantitative and qualitative basis. Focusing on clients in transition, she assesses their current and long-term needs, time horizon and risk tolerance. She then designs tailored portfolios to achieve their objectives, employing J.P. Morgan’s vast array of services and thought leadership resources.

Tracey was trained as a special education teacher, but had a passion for investing, which ultimately led to her career in financial services. Joining an investment firm in the human resources department, she studied finance at night as a precursor to becoming a financial advisor. Her disciplined approach to asset allocation and portfolio diversification is founded in fundamental and technical analysis. Her clients trust her to guide them in making solid investment decisions and staying the course when markets are challenging.

Joining J.P. Morgan’s predecessor firm, Bear Stearns, in 1985, Tracey then transitioned to the firm in 2008 in her current role. In 2017, Tracey was named one of Forbes Top Women Wealth Advisors as well as Barron's Top 100 Women Financial Advisors, previously being named to Barron's in 2010. 1,2 She also received the Century City Chamber of Commerce’s 2011 Women of Achievement Award and the Chaka Khan Foundation’s Mentor Award.

Tracey graduated from the University of Southern California, earning both B.A. and M.A. degrees. She lives in Beverly Hills and enjoys skiing, travel and photography. Active in the Special Olympics, and on the board of The Children’s Institute, an organization that serves the most at-risk and overlooked youth in Los Angeles, she also volunteers with Best Friends, the largest animal rescue organization in the country

1. America’s Top Women Wealth Advisors ranking was developed by SHOOK Research and is based on in-person and telephone due diligence meetings and a ranking algorithm that includes: client retention, industry experience, review of compliance records, firm nominations; and quantitative criteria, including: assets under management and revenue generated for their firms. Investment performance is not a criterion because client objectives and risk tolerances vary, and advisors rarely have audited performance reports. Rankings are based on the opinions of SHOOK Research, LLC and not indicative of future performance or representative of any one client’s experience. Neither Forbes nor SHOOK Research receives compensation in exchange for placement on the ranking. Awards or rankings are not indicative of future success or results

2. The rankings are based on data provided by over 4,000 of the nation’s most productive advisors. Factors included in the rankings: assets under management, revenue produced for the firm, regulatory record, quality of practice and philanthropic work. Investment performance isn’t an explicit component because not all advisors have audited results and because performance figures often are influenced more by clients’ risk tolerance than by an advisor’s investment-picking abilities.Awards or rankings are not indicative of future success or results.