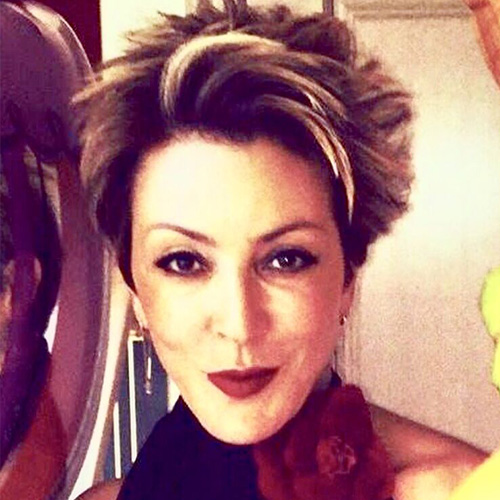 Angela Nahai is the the creative force and director behind “Angela Nahai Designs”, specializing in one of a kind, unique, wearable art and jewelry statement pieces . Angela’s designs have been featured in high profile boutiques in both west and east coasts.

She is also a jewelry consultant and stylist of fine, signed vintage and antique jewelry.

Angela left Iran and came to Los Angeles with her family at the age of 16. She received a double degree in French language, literature and Economics from CSUN. Thereafter she continued her studies in design.

Angela started her journey towards philanthropy and children’s causes close to two decades ago and with a group of friends co-founded “Looking Beyond”.

Looking Beyond is a non profit organization is dedicated to promoting awareness and enriching the lives of children and young adults with special needs. Angela is a board member and has served the organization in different capacities.

Being born in Iran, Angela was always interested in being an advocate in the plight for women and women’s equality and finds Visionary Women’s mission very close to her heart.

She is fluent in four languages, enjoys traveling and exploring different cultures and studying the role of women in such cultures.

Angela divides her time between Los Angeles and New York and is a mother of two, John and Tara.